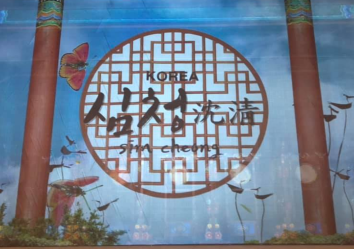 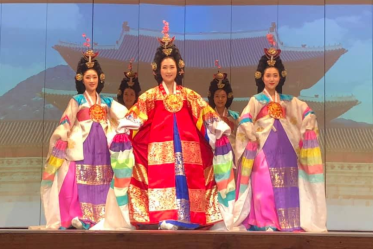 Korea House is a must-do when visiting Korea, and oddly enough, it is not listed on all of the blogs and YouTube videos called some version of the name “Top Things to do While in Seoul.”

As you know, I live in South Korea at the behest of the US Government as a military spouse. I have come to view this duty station as, not just an experience of a lifetime but, an honor and privilege. South Korea is an extremely welcoming country and makes a significant amount of its Gross Domestic Profit (GDP) on sharing its culture with the rest of the world. For instance one of their major exports is K-pop.. yep you read that right! Kpop’s $50 Billion -10 yr contribution to the economy has surpassed the 2018 Winter Olympics (read more)! Seoul is a megacity and there are so many things to do, when visiting for a short time selectivity is key. It is my recommendation that you make Korea House one of the very FIRST things you do when you get here.  For one thing, the show is a welcome to South Korea show… and welcoming it is!

All foreigners should go to this show when they first arrive. Whether you plan to be in South Korea for a couple of weeks or a couple of years. If you have been here for a while… don’t fret, you will still love every minute, you will just be wondering why no one recommended you go sooner. Korea House was originally opened by the government’s Public Affairs office in 1957, it was remodeled and reopened in 1980 and entrusted to the Korean Cultural Assets Preservation Foundation (currently Korea Cultural Heritage Foundation). In 2015 they added a restaurant that serves traditional royal cuisine managed by the Korean Tourism Organization. It is interesting that the government is funding such a thing… but I cannot stress enough that the intent is to share the South Korean culture and to welcome foreign guests with open arms. It even says so in the tri-fold you get at the front door.

Dinner and a show fit for royalty. The Korea House performing arts and dinner sets are meant to give the customer the traditional experience that was once enjoyed by the royal families and court officials centuries ago. You can choose the package to do dinner and a show, the pricing on their website. It can be a bit expensive as the point is to provide a royal experience, and the amount of food is generous. My girlfriend and I decided not to do the combo because I am a very picky eater, especially when it comes to Korean food, and I didn’t want to spend $50 and just pick at the few things that I liked. So I am not going to say anything more about the food, except that it is an option for you to explore as a part of your experience.

The performance begins with an exciting BANG, literally! I remember thinking, “Holy COW if this is how the show is starting, I am going to love it.” Honestly, we didn’t do too much research prior to attending the show, so we were pleasantly surprised by the excellence of the experience and the execution. The lights dim and the spotlights come on to show 5 women behind a silk screen standing in the middle of these contraptions. Boom, bang, bada bada Boom… lol, or whatever. The contraptions were hanging drum sets where the women were surrounded by 6 drums each. This is called Samgo-Mu (Korean Drum Dance). Man, it is exciting to see someone play six drums at once, all surrounding them, behind them, standing, then on the knees, then twirling and beating the drums all at the same time. While they are playing, a story is being projected on the silkscreen which sets up the storyline for the rest of the show. Click here to see videos 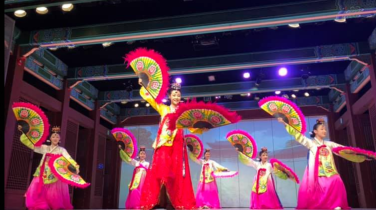 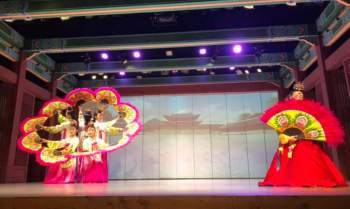 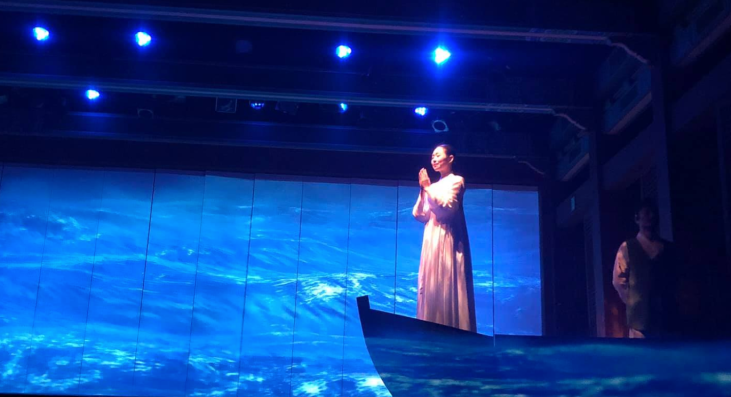 Ultimately, it is a variety show with different types of talents including traditional Korean instruments, drums, singing, drawing, comedy, fan, and *RIBBON* dancing. No words would be able to do the ribbon dance, Pungmul, any justice! This you have GOT to see in person! Pungmul is the Korean traditional dance where men are drumming, and flinging their heads around which are adorned with hats that have long ribbons attached to them. They draw 15-foot designs in the air on the stage and above the heads of the audience while break dancing. It is exhilaratingly, exciting, and totally-utterly-unexpectedly fascinating. My husband didn’t go with me that night but I can hear him saying, “My favorite part was the ribbon dancing!” Which would sound super strange coming from the strong Army officer, as if we were talking about 8-year-old girls in a beauty pageant, nothing against them, this is just on a WHOLE different level. There is very little English, but that is ok. There is writing on the silkscreen and you will have your pamphlet to read along with the storyline. Since it is really a variety show, the storyline is not the focus of the show, although the storyline is a deep, sentimental and traditional story of the love between a father and a daughter. There are three times during the show where they acquisition audience involvement and all three times they brought foreigners up to the stage. I won’t ruin the fun for you by telling you what they did, but the audience was dying laughing all three of the times. My girlfriend and I were both pulled up front, click here if you want to see the videos.

In the end, they make it a point to welcome the foreigners to South Korea, say that they are glad we are here and that they are happy to share their country and culture with us. That is what got me ladies and gents. I was in my feels about it… At times I have felt less welcome in the states than I did at that moment thousands of miles away in South Korea. We also lived in Germany for 3.5 years and I never felt like we were welcome there. South Korea is totally different, in a way that I love! After the show all of the performers come out so that you can take pictures with them, they are very funny about it too! The lady with one eye open was hilarious the entire show.

WAZE: Use Waze to drive to 한국의 집, 중구: https://waze.com/ul/hwydm9vdsp

Korea House is open and performing shows year-round except on New Year and Chuseok, and the third Monday of each month.

Special: 18:00 ~ 19:00 (A group of 30 people or more may request‘Special Performance’. Reservations required a week in advance)

It should go without saying that dinner and show is always a great way to spend an evening. This entertaining experience to welcome you to South Korea is extra special and can be enjoyed by all ages, nationalities, new to Korea, long term expats, and short term visitors.